Promoting the pastime and sport of cycling

You are not connected. Please login or register 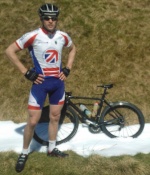 Posts : 166
Join date : 2013-01-30
Age : 32
Location : Hayling
Who's road racing this year and what events are you doing? I'd rather do races where fellow PNE riders are going... however, I don't know who has what catergory licences and which races they are looking at...